The King of the Twelve Kingdoms

The twelve stars shone brighter tonight than ever before. 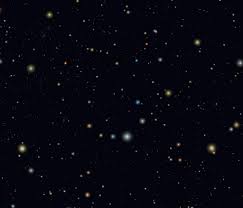 The twelve stars trembled in their place ready to break into dance at any moment. The time was short and Therman was growing restless as he waited. Two hours late already. At this rate, they would never finish the ceremony in time and the twelve princesses would be lost for another two hundred years. 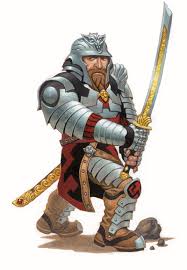 Therman rubbed his  large, hairy hands together at the thought of the beautiful glistening figures made human form. If he could have all twelve his harem would not only be unmatched in all the world, but he would rule all twelve kingdoms. No one could stop him, no one but an incompetent delivery boy.
The trembling grew more violent till the stars almost seemed to sway in the night sky. Suddenly there was a rustling in the under growth. Therman jumped caught off guard as he was lost in his thoughts. “Who goes there!” he  shouted brandishing the ancient sword of his fathers. A cloaked figure bowed and stepped forth out of the brambles.
“The stars shine brightly for such a hot night,” the stranger said bowing low. The voice and shape was not as young as Therman was expecting, they had said delivery boy, not youth, but Therman was not concerned with their ideas of the aging process.
“The stars shine brightly when the time is ripe for dancing,” Therman rattled it off as quickly as he could. “Now give me the package!”
The figure pulled his cloak tighter around himself, “They told me payment first.”
Therman glanced at the stars. The first start had begun its journey. One by one they would move till each had taken a new place, like musical chairs when the last star had taken the first’s place the dance would have ended and the time would have passed. Therman threw the coin purse at the boy, “Take it! Just give me the package!” he screamed.
The package flew through the night and into his trembling, outstretched hands. He jerked the draw string open and out burst the bright light of a rainbow of colors. Squatting down he dumped the bag of stones on the ground. Each glimmered its own color, the color of the banners of the twelve kingdoms. Therman whispered the incantation quickly as he placed each stone in order, “
Within the realms of gods have danced
Princess of power untold
Come once again to the earth below
And claim all that has been foretold
One to call, the other Grand Jewel
One to serve, the other to Rule
Power for he who owns each heart
Given to him who took not part
And so shall serve he who calls
Back to earth as has been foretold
The Princesses of beauty to behold
Now is the time “
Therman paused breathless and looked up at the stars above. They no longer moved but trembled in their places. “Now, COME HOME!”  The stones light began to grow. But all Therman saw was the twelve stars suddenly leave their dance and gather to the center of the circle. As each reached the middle the light grew ten fold till the whole sky was a blaze. Therman covered his face where he crouched and let out a small scream.
“Rise slave,” came a soft sweet voice. 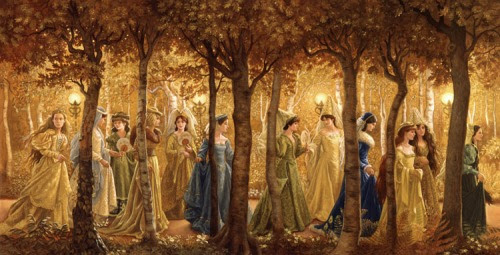